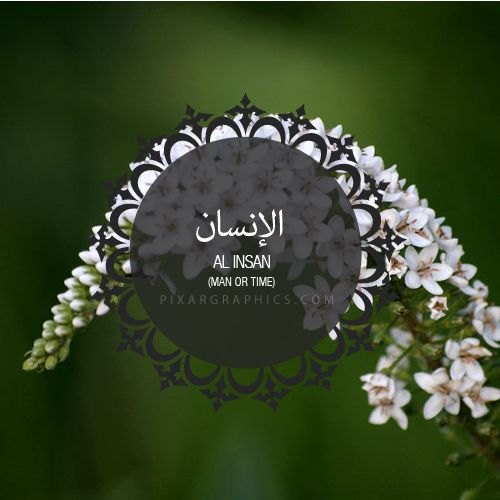 This chapter was revealed in Medina and consists of 31 verses. The chapter begins with the creation of the human being after a period when they were not worthy of mention. They are then guided to the path, whether they choose to be grateful or ungrateful. God has prepared various punishments for the disbelievers, and myriad blessings for the righteous. Since the chapter takes eighteen verses to elaborate on their blessings, that becomes the primary theme of the chapter.

The chapter then reminds the Prophet that the Qur’an is a revelation and a reminder from God. Thus, he must have patience in obeying God’s commands, should not follow the desires of the people, should remember the name of his Lord every morning and evening, and should spend some part of the night to prostrate and glorify Him extensively.

This chapter is either entirely Medinan, or its first twenty-two verses are Medinan while the last nine verses are Meccan. Shia narrations from the Ahl al-Bayt agree that the chapter was revealed in Medina. There are also mustafīḍah (multiple, diffused, numerous) Sunni narrations which confirm this view. Some have suggested that the chapter was entirely revealed in Mecca. We shall discuss this in detail under our upcoming examination of the narrations, by the will of God.