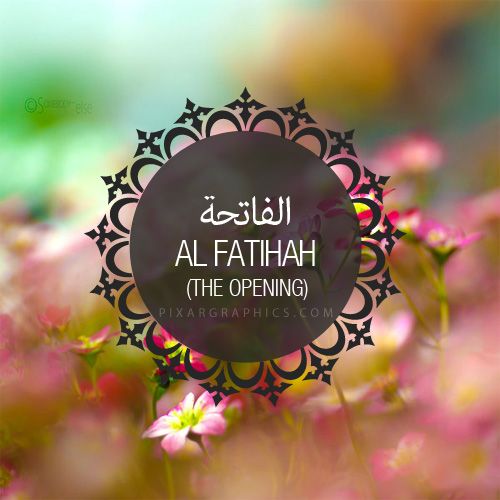 People often take the name of one of their great and powerful personalities at the time of doing or beginning a work. By this association, it is believed, the work would achieve success, greatness and blessings; or that it would be a memorial to keep the named one’s memory alive forever. This is also observed in naming a child, a project, a house or an association—they give it the name of a deeply loved or highly respected person, so that his name would continue in this form; for example, a man names his son after his father, in order to perpetuate the father’s memory.

God began His speech with His Own name—Great is His name—so that the ideas taught in this chapter be stamped by, and associated with it. Also, it teaches a lesson to mankind, showing them the perfect manner of starting all their talks and actions; it guides them to put the stamp of the divine name on all their activities; doing every work for the sake of God, associating it with His good names and attributes. In this way that action would neither be rendered null and void, nor remain incomplete; it has been started in the name of God, and negation and annihilation cannot reach that sacred name.

God has declared variously in the Qur’an that what is not for His Person must perish, is in vain; He will proceed to the deeds not done for His sake and shall render them as scattered floating dust; He shall forfeit what they have done and shall nullify their deeds; and that nothing shall remain except His honored Person.

Therefore, what is done for the sake of God and performed in His name, shall continue and will not perish. Everything, every work and every affair shall have its share of eternity—as much as it is related to God. It is this reality that has been hinted at in the universally accepted tradition of the Prophet: “Every important affair, not begun with the name of God, shall remain incomplete (al-abtar) …” The word al-abtar (translated here as “incomplete”) means a thing whose end is cut off, an animal whose tail is severed.