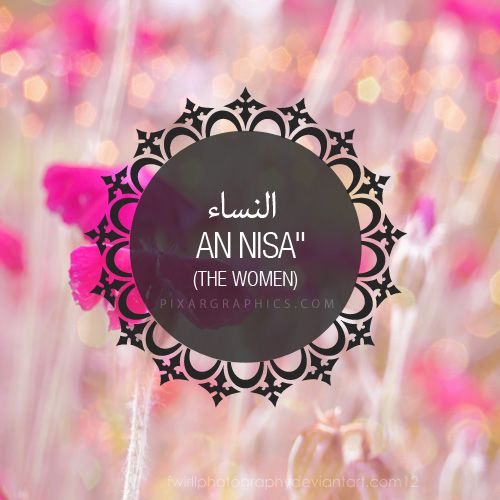 The chapter aims — as may be seen from the opening verse —describing matrimonial laws, like the number of wives allowed, the women with whom marriage is forbidden and things like that; together with the laws of inheritance. It also touches some other matters, example, some rules of prayer, jihad (struggle) evidence, commerce, etc., and some comments on the People of the Book.

The subject matters indicate that it is a Medinite chapter revealed after hijrah. Apparently it was revealed piecemeal, not all at one time, although we find in most of the verses some sort of connection with one another.

The first verse (as well as a few following ones which touch the subject of orphans and women) are a sort of prologue to prepare the minds for the rules of inheritance and marriage. The permissible number of wives that comes in the third verse — although an important subject — has been mentioned here just as a side-line, taking advantage of the talk preceding it, as shall be described in its Commentary.