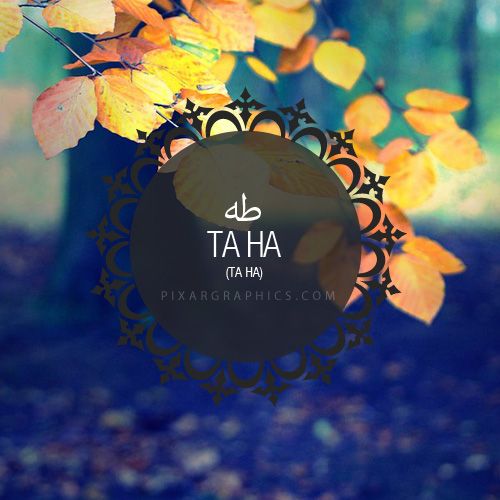 The aim of the chapter is to remind by way of warning. The admonitory, fear-inspiring verses clearly outnumber the verses which give glad tidings. It contains stories which conclude with the doom of tyrants and those who reject God’s communications. It (also) incorporates clear arguments that leave no alternative for the minds but to believe in His  Unity and answer the call of truth, and ultimately, (the chapter) describes, the horrors of the Hour and the stages during the resurrection which humanity will go through, the terrible state of the sinners and the loss suffered by wrongdoers. As alluded to by the context, the chapter begins with the Prophet being consoled not to tire his holy self out trying to get people to answer his call contained in the Qur’an—as it was not revealed for him to be burdened by it. On the contrary the divine revelation was to remind people, of God and His signs in the hope that their instinct of fear would be aroused and they would awaken, believe in Him and be god-fearing. The Prophet was under no obligation other than to convey the message—if they became apprehensive and remembered their Lord, it would ultimately be to their benefit. Otherwise exterminatory punishment would envelop them or they would be returned to their Lord burdened with the evil consequence of their wrongdoing and sin. Their deeds will be requited without their frustrating God  with their tyranny or rejection.

The context of the verses gives the impression that the chapter is Meccan. Although, some oral traditions say that (the verse), Bear then patiently what they say (20:130) is Medinite. Others allege that, And do not stretch your eyes after that with which We have provided different classes of them … (20:131) is Medinite. However, the wording does not support these claims.

One of the gems of verses in the chapter are His  Words: God—there is no god but He; His are the very best names (20:8).