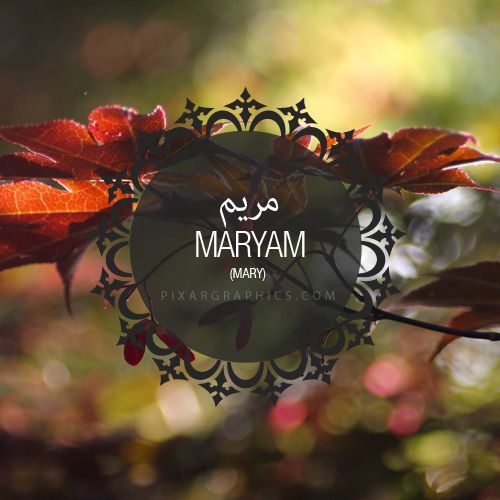 The purpose of the chapter is to warn and give glad tidings. This is evidenced by the chapter’s concluding verses where God  says: So We have only made it easy in your tongue that you may give good news thereby to those who guard (against evil) and warn thereby a vehemently contentious people (19:97).

This objective is achieved in an innovative approach that begins by recounting the stories of Zachariah and John [the Baptist], Mary and Jesus, Abraham, Isaac and Jacob, Moses and Aaron, Ishmael and Enoch [peace be upon them all]. It describes that which was conferred to them of the favor of divine guardianship such as Prophethood, truthfulness and purity of action. It then retells that these individuals, whom God favored, were known for their submission and humility to their Lord. Regrettably, the verses continue, they were succeeded by those that turned away from that path by becoming heedless to their Lord, following their base desires instead. In turn, they will ultimately meet their perdition and loose their rectitude. Only those of them that repent and return to their Lord will be joined with the people of divine favor.

The chapter then discusses selections of the blunders and delusions that the people of error fall into including (1) their denial of Hereafter, (2) their belief that “God has taken a son to Himself” [vide 19:88] and (3) their worship of idols. It then continues by depicting the punishment and retribution that they will face as a consequence of these devastating mistakes.

Hence, the discourse in this chapter can best be compared with that of a prosecutor making his case by citing legal precedents. It is as if the chapter is saying: The approach of so-and-so and so-and-so, who were on the path of rectitude and were blessed by God, was to abstain from base desires, and to turn toward their Lord. Their custom was to be submissive and humble whenever the communications of their Lord were recited to them. This is mankind’s approach to rectitude and divine favor. On the other hand, those who came after them abandoned this approach by turning away from righteous deeds toward reprehensible desires. This only led them to perdition as opposed to rectitude. Further, it only settled them in false beliefs such as denying the return to God and affirming partners for Him. It only drove them to obstruct the call to God and only led them into divine retribution and chastisement.

Therefore, as the reader can see, the chapter begins by providing examples to then deduce the universal lesson to be illustrated. A prime example is found in the verse: These are they on whom God bestowed favors …(19:58)

The chapter then discusses the reward of those who repent and seek rectitude, as well as the punishment of those in perdition. It describes the latter group as the peers and loyal associates of the devils.

This chapter was revealed in Mecca without a doubt, as shown and verified by the content of the verses and by the consensus of the exegetes.