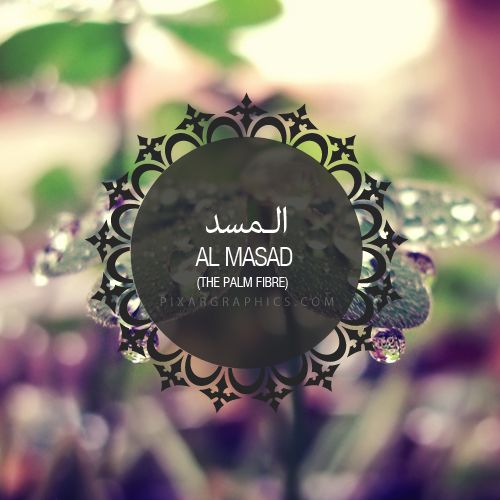 This chapter was revealed in Mecca and consists of 5 verses. It is a severe warning to Abū Lahab b. ʿAbd al-Muṭṭalib and his wife for destroying themselves, ruining their deeds, and heading for hell.

Abū Lahab was the Prophet’s uncle and a relentless enemy of his. He persistently denied the Prophet and did not hesitate to do anything within his ability to harass God’s Messenger, both verbally and practically. He is the one who told the Prophet, “May you perish” when the Prophet called his relatives to Islam the first time. Thus this chapter was revealed, where God returned his imprecation to him.