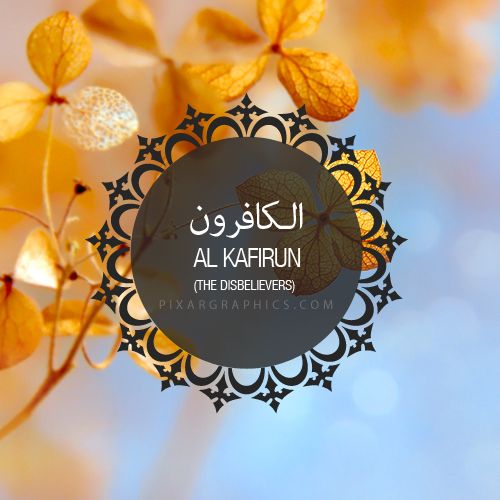 This chapter was revealed in Mecca and consists of 6 verses. It orders the Prophet to publicly dissociate himself from the disbelievers’ religion, and to foretell that they will never embrace his. Therefore, neither will his religion spill over to them, nor will their religion spill over to him. He will never worship what they worship, and they will never worship what he worships. Hence, they should despair of any compromise or remission from the Prophet.

Exegetes differ over whether the chapter was revealed in Mecca or Medina, but its theme matches the Meccan chapters.