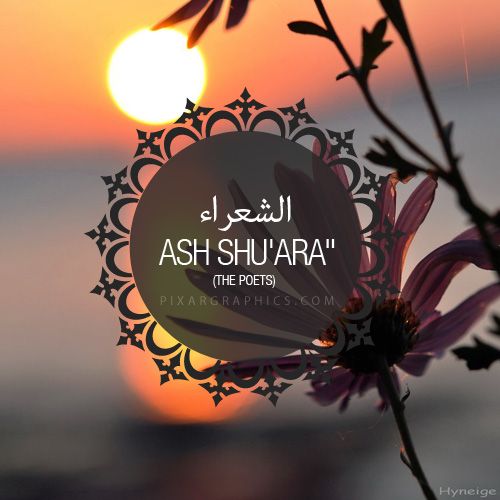 The theme of this chapter is to comfort the Prophet in response to his people’s denial of him and the Scripture that was revealed to him—which is referred to at the beginning of the chapter: These are the verses of the clear Book (26:2). They sometimes accused him of being insane and sometimes of being a poet. This chapter warns them by presenting the stories of a group of prophets: Moses, Abraham, Noah, Hūd, Ṣāliḥ, Lot and Shuʿayb (Jethro). It talks about the consequences of their denial in order to comfort the Prophet so that he would not be grieved by their defiance, and so that the people denying him would learn a lesson.