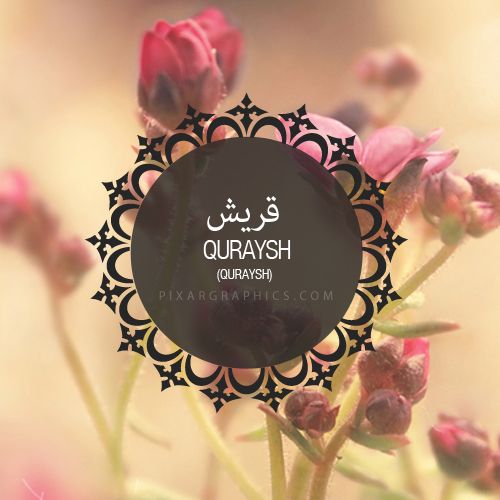 This chapter was revealed in Mecca and consists of 4 verses. It speaks about God’s favor upon Quraysh tribe with respect to their two annual journeys. Then it commands them to monotheism and serving the Lord of the House.

Since the content of this sūrah somewhat relates to the content of Sūrah al-Fīl (Chapter 105), some Sunni scholars have held that the two of them actually compose a single chapter, just as is said about Sūrah al-Ḍuḥá and Sūrah al-Inshirāḥ (Chapters 93 and 94) based on the connection between them. This is also held to be the mainstream view among the Shias. However the evidence put forward for this view does not suffice to prove it.